skip to main | skip to sidebar

Most people have never heard of her.
She was not someone important, and she never did anything of note other than die young of tuberculosis. 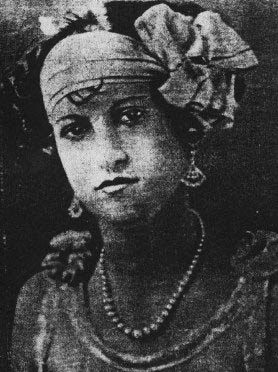 What is is known for is for having a love affair that lasted 7 years after her death. 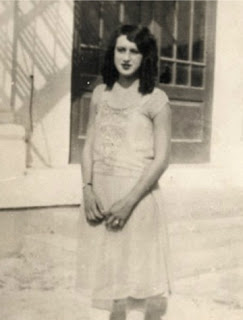 Her doctor had fallen in love with the young woman, and made sure he had her in his bed every night from time he paid to have her entombed. 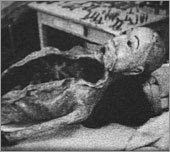 The story, well documented on the internet, is basically thus (From Wiki) :

Carl Tanzler or sometimes Count Carl von Cosel (February 8, 1877 – July 23, 1952) was a German-born radiologist at the United States Marine Hospital in Key West, Florida who developed a morbid obsession for a young Cuban-American tuberculosis patient, Elena Milagro "Helen" de Hoyos (July 31, 1909 - October 25, 1931), that carried on well after Hoyos succumbed to the disease. In 1933, almost two years after her death, Tanzler removed Hoyos' body from its tomb, and lived with the corpse at his home for seven years until its discovery by Hoyos' relatives and authorities in 1940. 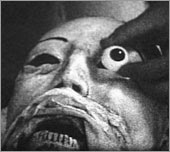 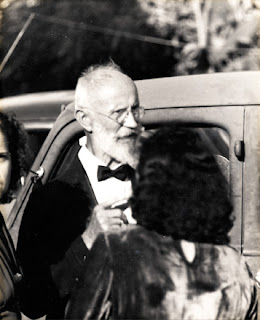 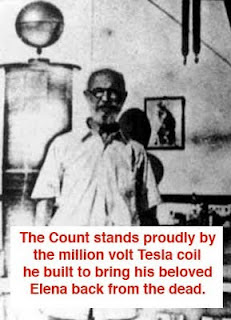 The photos above are her corpse presevered under layers and layers of wax over the years to keep the smell down and the features more human like.

In April, 1933, Tanzler removed Hoyos' body from the mausoleum, carted it through the cemetery after dark on a toy wagon, and transported it to his home.He reportedly said that Elena's spirit would come to him when he would sit by her grave and sing a Spanish song,he also says she would tell him to take her from the grave. Tanzler attached the corpse's bones together with wire and coat hangers, and fitted the face with glass eyes. As the skin of the corpse decomposed, Tanzler replaced it with silk cloth soaked in wax and plaster of paris. As the hair fell out of the decomposing scalp, Tanzler fashioned a wig from Hoyos' hair that had been collected by her mother and given to Tanzler not long after her burial in 1931. Tanzler filled the corpse's abdominal and chest cavity with rags to keep the original form, dressed Hoyos' remains in stockings, jewelry, and gloves, and kept the body in his bed. Tanzler also used copious amounts of perfume, disinfectants, and preserving agents, to mask the odor and forestall the effects of the corpse's decomposition.

The following is NOT for the squeamish

(yes, like you weren't already WAY past that point!).

Though not reported contemporaneously, research (most notably by authors Harrison and Swicegood) has revealed evidence of Tanzler's necrophilia with Hoyos' corpse. Two physicians (Dr. DePoo and Dr. Foraker) who attended the 1940 autopsy of Hoyos' remains recalled in 1972 that a paper tube had been inserted in the vaginal area of the corpse that allowed for intercourse. Others contend that since no evidence of necrophilia was presented at the 1940 preliminary hearing, and because the physicians' "proof" surfaced in 1972, over 30 years after the case had been dismissed, the necrophilia allegation is questionable. While no existing contemporary photographs of the autopsy or photographs taken at the public display show a tube, the necrophilia claim was repeated by the HBO Autopsy program in 2005.

Separated from his obsession, Tanzler used a death mask to create a life-sized effigy of Hoyos, and lived with it until his death on July 3, 1952. His body was discovered on the floor of his home three weeks after his death. He died under the name "Carl Tanzler".

It has been recounted that Tanzler was found in the arms of the Hoyos effigy upon discovery of his corpse, but his obituary reported that he died on the floor behind one of his organs. The obituary recounted: "a metal cylinder on a shelf above a table in it wrapped in silken cloth and a robe was a waxen image".

A GREAT page with lots of info is HERE

Happy Halloween folks. We told you this was "something very wicked" blogspot, didn't we?